Last Day – “The true horror here is the ‘man made’ horror of it all.”

Orientation – “One of the best thought pieces of this season. Delightfully made.”

Wyvern Hill – “Stylish at its core, this well-acted and nicely shot film highlights the importance and power of tone in the horror genre.”

Headshots – “Disgusting in the best way.”

Wyvern Hill – Nominated: Best Cinematography – “Beautifully shot, and nicely compiled… this is a film full of style and genre delights!”

The Ogress – Nominated: Best Screenplay, Nominated: Best Direction – “Great fun, nicely made and well… all in all great use of the horror genre to make entertainment on a tight budget!”

Headshots – Nominated: Best Actor (Jonathan Kim), Nominated: Best Direction, Winner: Short/Feature Film: Budget – between $1,000 – $5,000 – “This slick grim film excels mainly off the back of its set up… which is followed by a solid quality as it progresses. Rare for short horrors.”

Scratched – Nominated: Best Actor (Joshua R. Pangborn) – “Pangborn does all he can to bring a great air of authenticity to this film, and it is rewarding. Also the colour filters used are great fun.”

Ghosts – Winner: Special Mention – Best Art Direction – “The production design of this horror-comedy is a great bit of fun!”

The Invitation – Winner: Best Score, Nominated: Best Ensemble Cast, Nominated; Best Cinematography – “The Invitation is a delicate dance of trash and tension… in the best sense. We love it.”

Last Day – Nominated: Best Direction, Nominated: Best Actor (Michael Baker), Nominated: Best Screenplay, Winner: Short/Feature Film: Budget – more than $5,000  – “The image of a man walking into an office setting armed with a gun is a very shocking sight. This is one of those psychological films that highlights the true nature of man – or perhaps, it’s true dark potential. The film’s scale is impressive for its budget as well.”

Our Manor – Nominated: Best Ensemble Cast – “A set of strange characters live here, and they really do live in this film. It’s quite entertaining, and Michael John Chapman shows a great sense of B Movie crime vibes in his script/direction.” 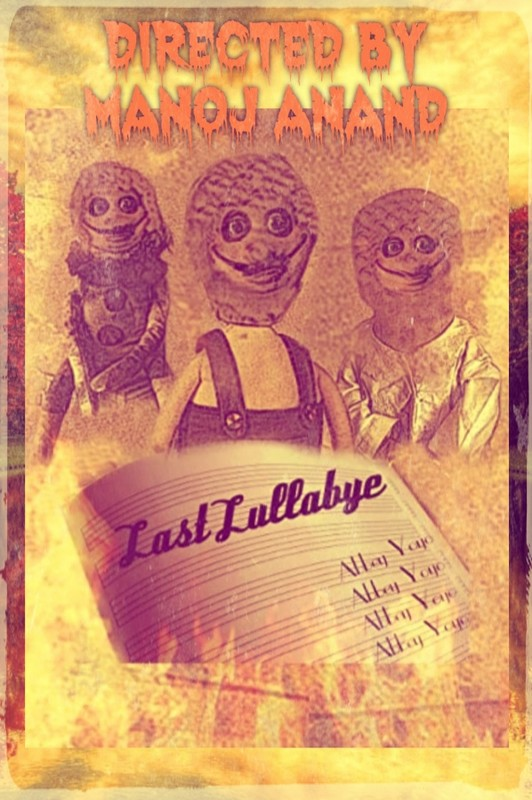 Best Script – Winner: Daisy Daisy – “The thing that one must love is the very classical horror tone of this script. It shines at every page turn.” / Nominees: Dreidel – “Reminiscent of the one silent classic (Der Golem), this horror is quite the Nazi feast.”, Everyone – “A strong visual and scary short.”, Video Nasty – “A delightful anthology. Right up our street. We hope this gets made!”

Best Scare – Winner: Man Cave – “A direct hit of a script with a strong use of a horror archetype location: the basement.” / Nominees: Sweet Dreams – “The blending of sci-fi and horror is a nice touch in this particular script.”, The Garden Ate – “At its core, the concept here is rather great. Also – fun title!”

Best Micro-Budget Script – Winner: The Jogger Park Predator – “A simple and very classic horror set up.” / Nominees: Final Girl – “Stylish and retro, this short really lives in a post-modern world… but it’s true highlight is its easy production level.”, Surprise – “Some of the script’s syntax is a little muddy, but this is also a great simple well designed little horror short that’s quite affordable.”